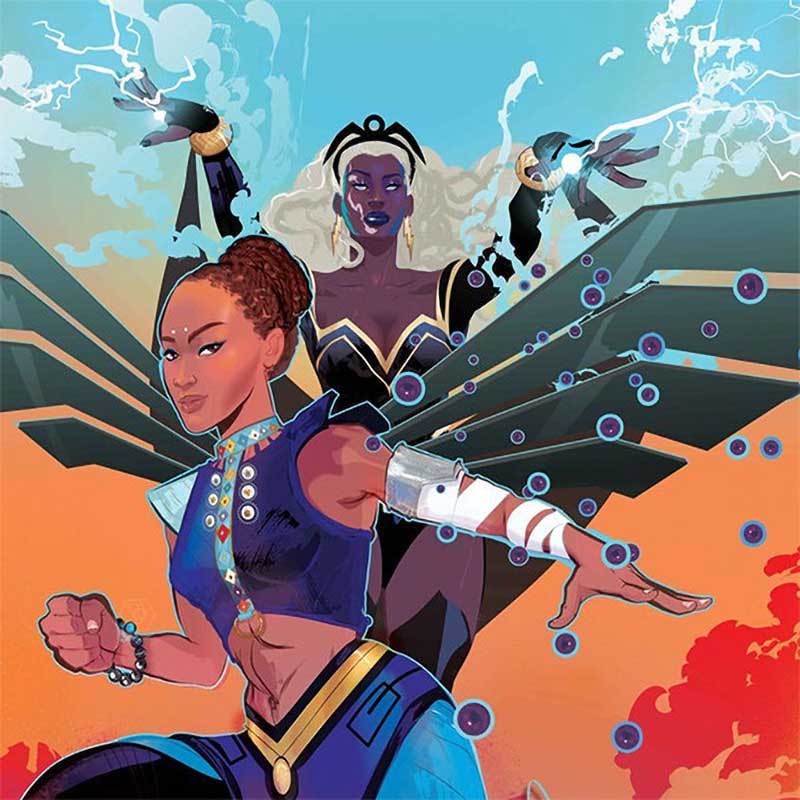 Afua Richardson (pronounced “ah-FOO-wah”) is an award-winning American comic book illustrator best known for her work on Marvel’s Black Panther: World of Wakanda. Some of her other works include The Wild Storm, Attack on Titan, X-Men ’92, Captain Marvel, and All-Star Batman to name a few. Afua is also a musician, voice actor, activist, and mentor. As a recipient of the Nina Simone award, she is aptly called a Jane of All trades.