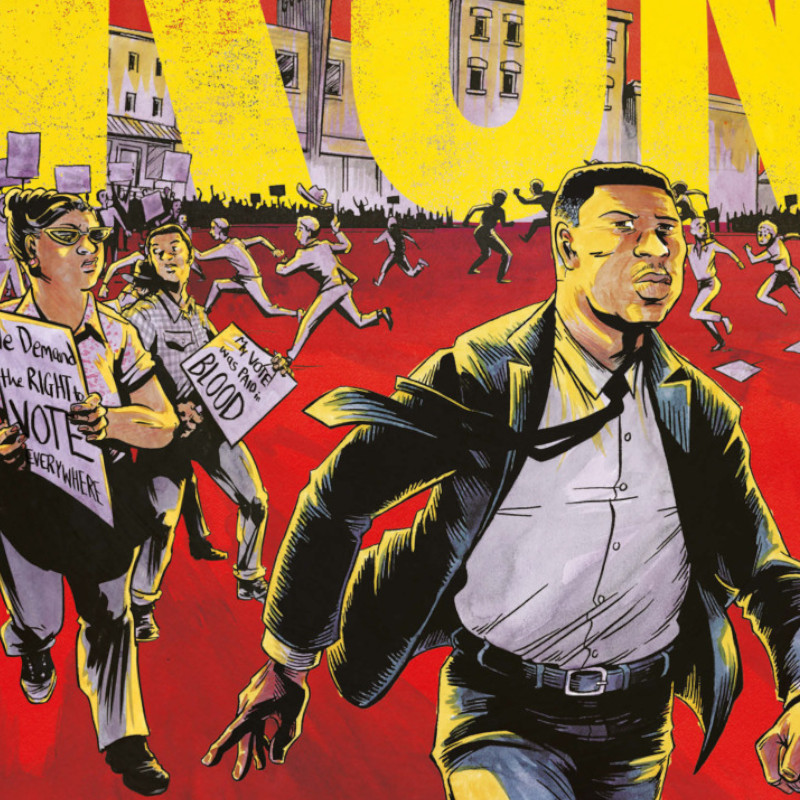 Andrew is creator and co-author of the graphic memoir series, March, which chronicles the life of Congressman and civil rights icon John Lewis. Co-authored with Rep. Lewis and illustrated by Nate Powell, March is the first comics work to ever win the National Book Award.

An Atlanta native, Andrew is a Turkish-American who was raised by a single mother. Andrew served as special assistant to Connecticut Lt. Governor Kevin B. Sullivan and district aide to Rep. John Larson before joining the staff of Rep. John Lewis in 2007 where Andrew served in several capacities, including campaign communications director and digital director and policy advisor until his passing in 2020.

A graduate of Trinity College in Hartford and Georgetown University in Washington, Andrew wrote his master’s thesis on the history and impact of Martin Luther King and The Montgomery Story. Andrew frequently lectures at schools, universities, conferences, and events as well as participating in reading programs with incarcerated youth. Andrew served as a judge for the Los Angeles Times Book Prize in 2018 and 2019. Andrew has appeared as a guest on the Rachel Maddow Show, Morning Joe, and CBS This Morning, as well as National Public Radio, CNN, BBC, CBC, and others. Andrew’s lecture with Rep. Lewis during the 2019 Vermont Reads statewide reading program was featured in the PBS special The Story of March released in 2020.

Andrew is the co-writer of The March virtual reality immersive experience produced by Time, Inc. and released in 2020. Some of his comic works include the Captain America story “Home of the Brave” in Marvel Comics Presents #3 from Marvel Comics, Batman: Gotham Nights #16, and Titans Together #3 from DC Comics, as well as the 2020 Battle for the Vote comic PSA produced in partnership with Rock the Vote. Andrew’s prose works include articles for the Atlanta alt-weekly Creative Loafing and the Southern Poverty Law Center’s Teaching Tolerance Magazine.

In 2019, Andrew joined with Kelly Sue DeConnick, Matt Fraction, Valentine DeLandro, and Vaughn Shinall to found Good Trouble Productions (GTP) to produce innovative nonfiction graphic novel and multimedia projects, including Run, a sequel series to the March trilogy, and Registered, a comic book for the New York City Department of Education about youth voting which was distributed as part of the NYCDOE’s “Civics for All” curriculum, as well as “The Long March,” a large-scale custom art installation and online experience for Ben & Jerry’s in Vermont.