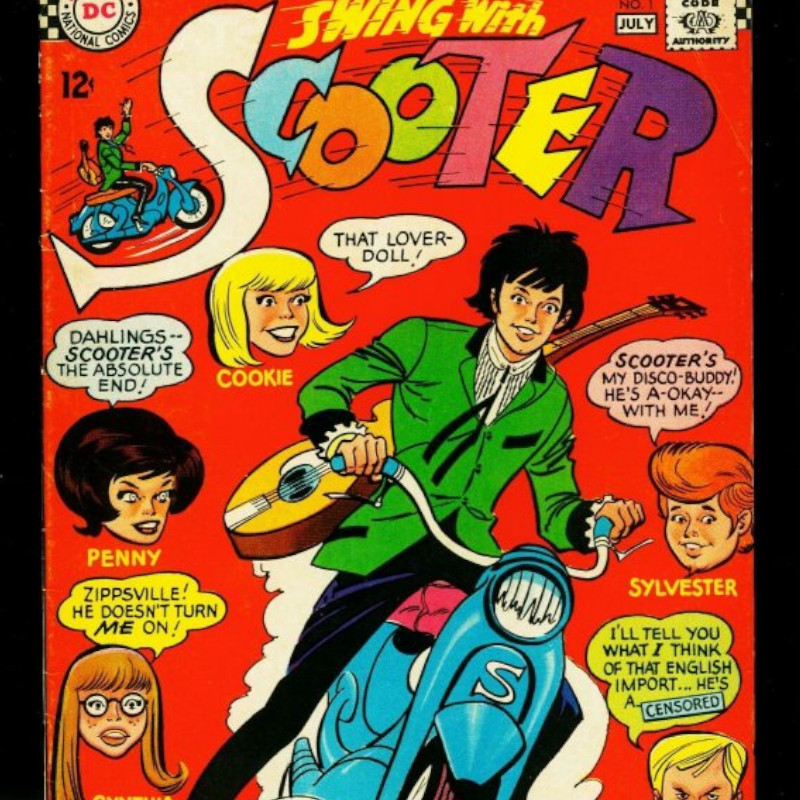 Barbara Friedlander is proud to say that she was the first woman to create a character for DC Comics. The comic book was Swing With Scooter. Scooter, a former British musician and rock star, became a staple of the DC Universe for many years, even after her departure. The characters were wonderfully drawn by the great Joe Orlando. These quirky teens were her first children, and they were not unlike her real three offspring that she raised after leaving DC.

Barbara was introduced into the world of DC Romance by writer and editor Jack E Miller. He taught her the ropes of editing and writing. It’s because of his mentorship that Barbara was able to develop many new characters and new features she developed at DC and which now endure in the DC Romance legacy.

In addition to Jack Miller and Joe Orlando, she had the great fortune of having worked with such great artists, editors, and writers and creators such as Bob Kane, Bill Finger, Carmine Infantino, Julie Schwartz, Bob Haney, Irwin Drake, and Tony Abruzo — just to name a few. Sometimes, she feels like the last dinosaur from that magical period of DC Romance in the Silver Age, and she does have some wonderful memories to share.

Lately, Barbara has been writing romance again. She is trying to help to bring it back into the universe as a viable “new” genre. She has a million new ideas and feels romance has a (not so) new voice that is just waiting to be heard!