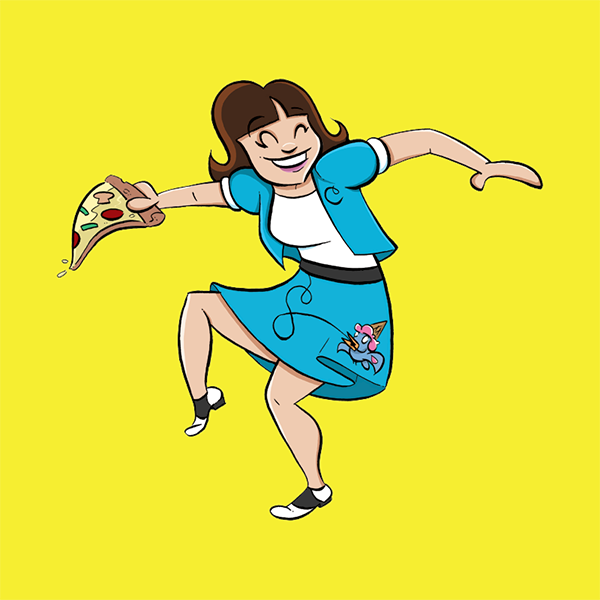 BALTIMORE COMIC-CON 2021 GUEST
Carolyn Belefski
Writer and Artist
Booth K14
Curls, The Legettes, Black Magic Tales
Carolyn Belefski creates and publishes original comics and illustrations, including her comic strip Curls. She is artist of the comic books Black Magic Tales, French Fry Club, and The Legettes. Her freelance projects range from working with BOOM! Studios on Cartoon Network’s Adventure Time comic book to commissioned comics for the Obama White House. Carolyn currently serves as Washington, DC chapter chair of the National Cartoonists Society and recently served on the Board of Directors. Last year, she conceived and orchestrated the NCS Activity Book featuring over 50 creators with a cover by Sergio Aragonés, which she colored. She has also worked on a variety of anthology projects including Mine!, Magic Bullet, Rise: Comics Against Bullying, Cartoonists Draw Blood, and District Comics: An Unconventional History of Washington, DC. She was nominated for the Kim Yale New Talent Award from Friends of Lulu and was recognized as a runner-up for Best Visual Artist from Washington City Paper. Carolyn also designs and produces wearable art such as bandanas, enamel pins, and more.
Carolyn Belefski's panels and programming:


We’ve used them in texts and social media, now cartoonist Carolyn Belefski shows you how to use emojis in comics. From designing these easy-to-draw icons to using them to tell a story, this workshop will surely play with your emotions.