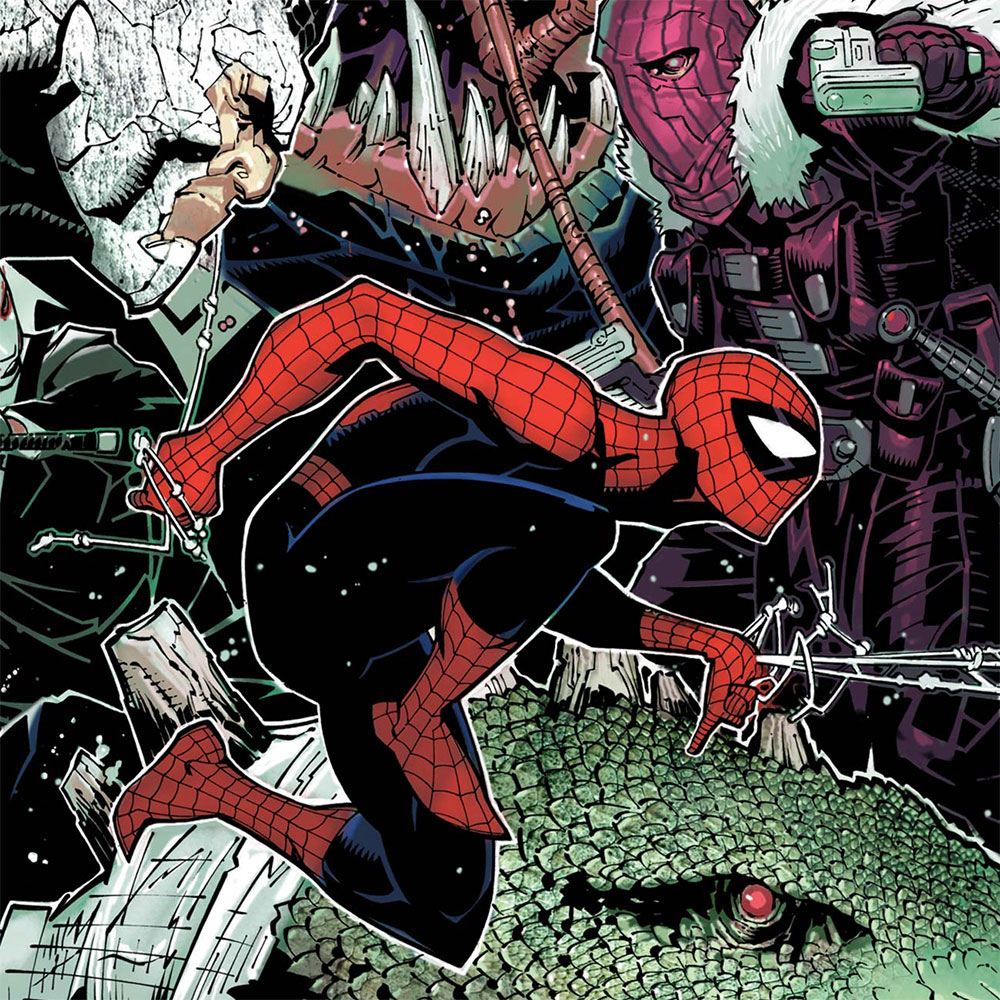 Chris Bachalo is internationally recognized as one of the most popular artists in the comic industry. His body of work covers a wide spectrum of genres ranging from the critically-acclaimed Sandman, Shade: The Changing Man, Death: The High Cost of Living, and Batman series for DC to Marvel’s Doctor Strange, Uncanny X-Men, The Amazing Spider-Man, and Generation X — the first title from Marvel that was adapted into a live action film for Fox. The short story “The Wheel” written by Sandman and American Gods writer Neil Gaiman and illustrated by Chris featured the Death character and was inducted into the Library of Congress in 2003. It was created as part of a tribute to 9/11. His cover work for the title Hunter, The Age of Magic for DC was included as part of a New York gallery show for the Society of Illustrators. He also teamed with Stan Lee on DC’s Just Imagine… by Stan Lee, a re-imagining the DC Universe featuring Catwoman. Chris also illustrated the cover for the Hollywood Reporter celebrating Stan’s 75th birthday. He is currently working on Marvels’ flagship title, The Amazing Spider-Man. Chris also co-created two creator-owned properties. He collaborated with previous Executive Vice President of Marvel Television, Jeph Loeb on the Vertigo/DC title The Witching Hour, and co-created with Ben 10’s Joe Kelly the retro-futuristic sci-fi epic Steampunk, published by Cliffhanger/DC. In addition to his work in comics, Chris’ artwork has graced the covers of The Hollywood Reporter and PSM (PlayStation Magazine). Other clients have included Activision, Oakley, Taco Bell, Stuff magazine, Mad Magazine, Upper Deck, Disney, Neiman Marcus, EA, and Def Jam Records. He was also commissioned to do artwork that was transformed into a 50’ X 80’ mural at the Marvel/Universal theme park in Orlando, Florida.