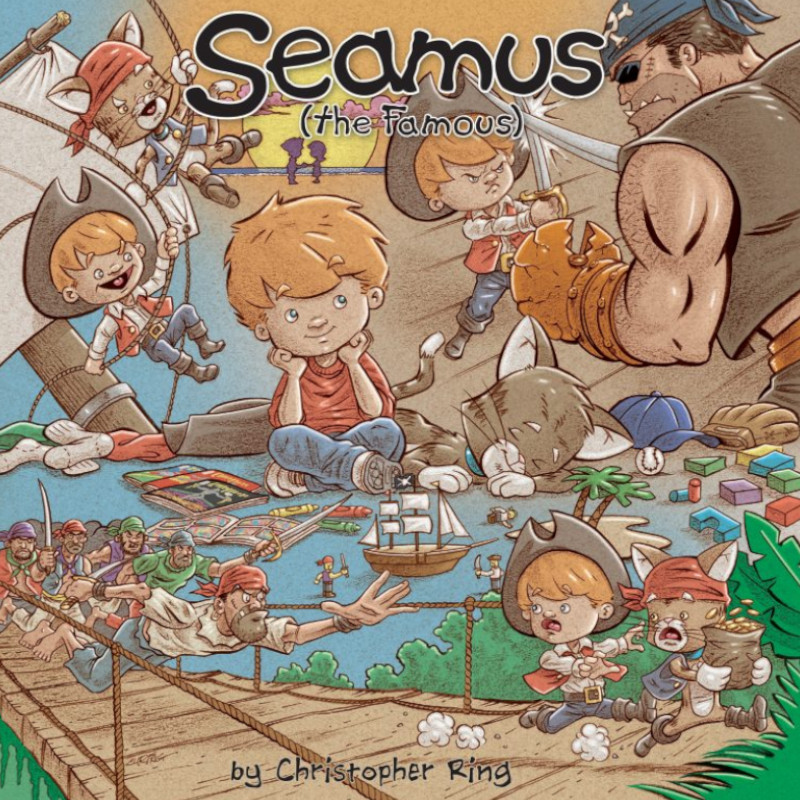 Chris Ring has been a commercial illustrator for over 25 years. He got his start in comics, writing and illustrating the CarbonKnight mini-series at Lunar Studios. He has worked on many projects for PMK’s Imagination, including Edgar Allan Poe’s Nevermore and The Perfect Victim. He has illustrated two Star Wars card series and numerous independent comics for a variety of publishers. Chris got his start in children’s books illustrating The Scariest Creature, which led to his current series, Seamus (the Famous). In Seamus, Chris has combined the fast-paced comedic timing of sequential art with the charm and wonder of children’s books. His newest graphic novel, Seamus (the famous) – The Eternity Run, releases from Action Lab Comics in September 2022.