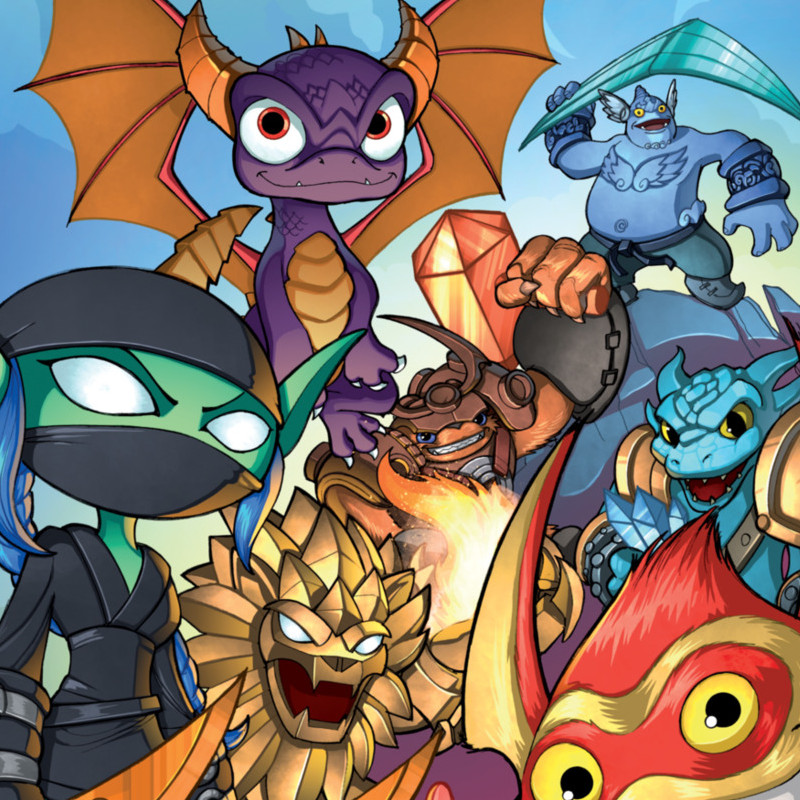 David A. Rodriguez is a Narrative Designer and is lead writer on the bestselling Skylanders: SWAP Force and Skylanders: Superchargers video games.

He is currently co-writing the breakout, hit, Skylanders comic from IDW, with Ron Marz and the all-new, young-adult, paranormal series Daughters of Arkham with Justin Robinson. He has also worked on such games as Hunter: The Reckoning, Ghost Recon, Marvel: Ultimate Alliance 2, Guitar Hero, and Transformers: War for Cybertron.

In addition, David is the creator and writer of the critically-acclaimed, all-ages graphic novel, Finding Gossamyr. He has also provided voices for several video game characters including the new Pitfall Harry! He currently resides in New York with his wife and son.