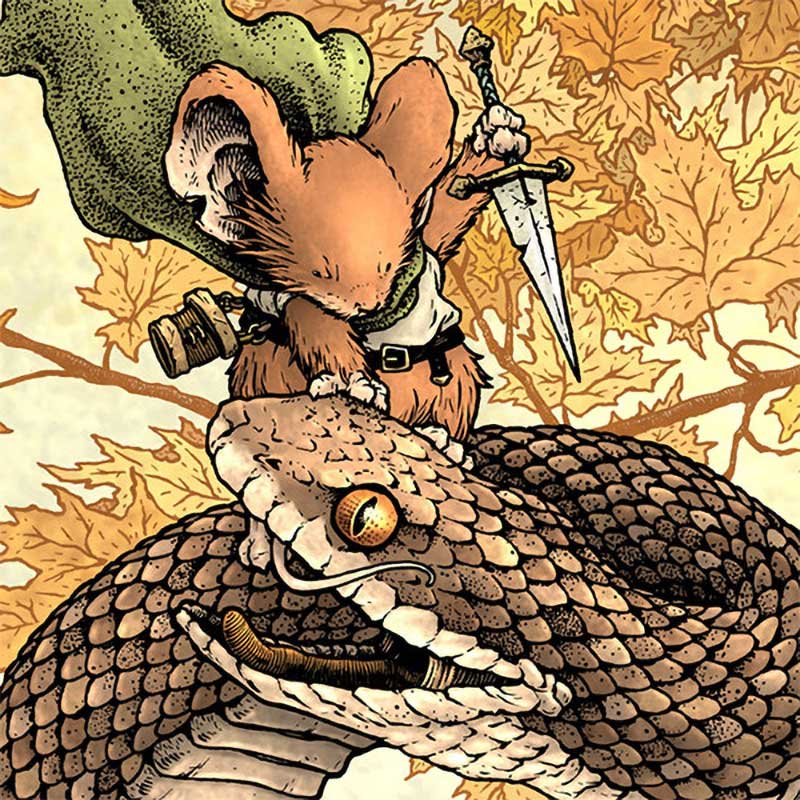 David Petersen is a cartoonist and children’s book illustrator who launched his career with a self-published issue of his series Mouse Guard in 2005, when it was then picked up by Archaia, who continues to publish the Eisner and Harvey Award-winning series. Petersen has also worked on covers for Teenage Mutant Ninja Turtles and The Dark Crystal. He’s illustrated an edition of Kenneth Grahame’s Wind in the Willows for IDW and his artwork also graced the cover for the 2012 Baltimore Comic-Con program, as well as the show-exclusive t-shirt.