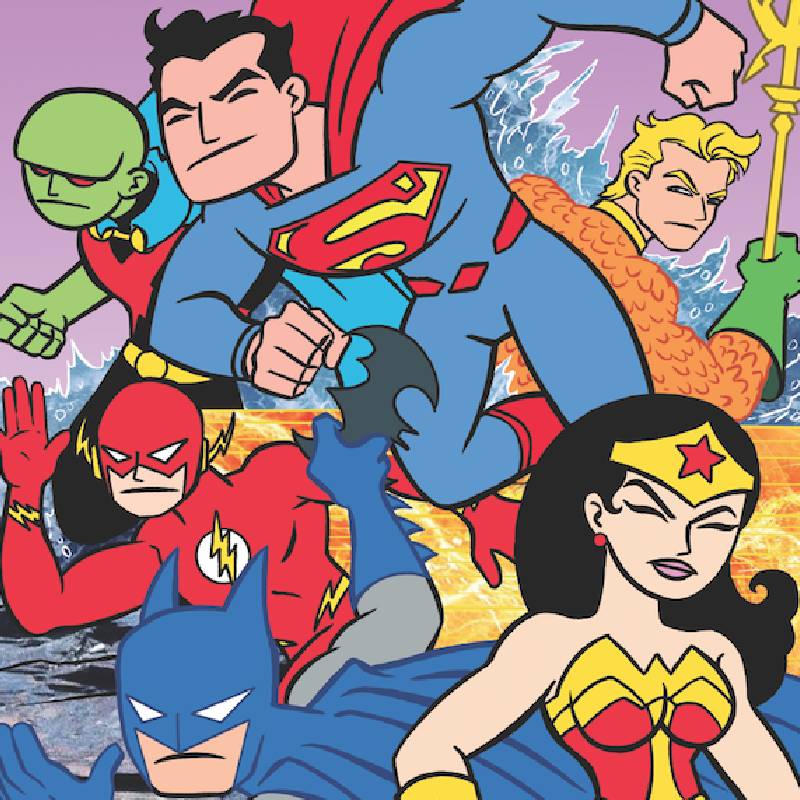 Franco
Writer and Artist
The Ghost, The Owl, Superman of Smallville, Arkhamaniacs

Franco is the creator, artist, and writer of Patrick the Wolf Boy and AW YEAH COMICS! Franco has worked on The Dino-Mike book series and comic titles for various comic companies, including the critically-acclaimed Superman Family Adventures, Young Justice, Billy Batson and the Magic of Shazam, Superpowers, and the New York Times bestseller, multi-Eisner Award winning series Tiny Titans for DC Comics. He has also worked on Grimiss Island and Itty Bitty Hellboy with Dark Horse Comics and Encounter for Lion Forge. His latest work is his original graphic novel The Ghost, The Owl from Action Lab Entertainment and Superman of Smallville and Arkhamaniacs from DC Comics. Franco is also a High School teacher. Franco is a painter and has shown work in galleries and around the country. Franco is owner of AW YEAH COMICS retail stores.


You’re at the drawing board but your teammate has got your back! Can you draw the art that is being drawn on your back without knowing what it is? The team with the best matching art advances to the next round. You do NOT want to miss the finale of this ridiculous contest.