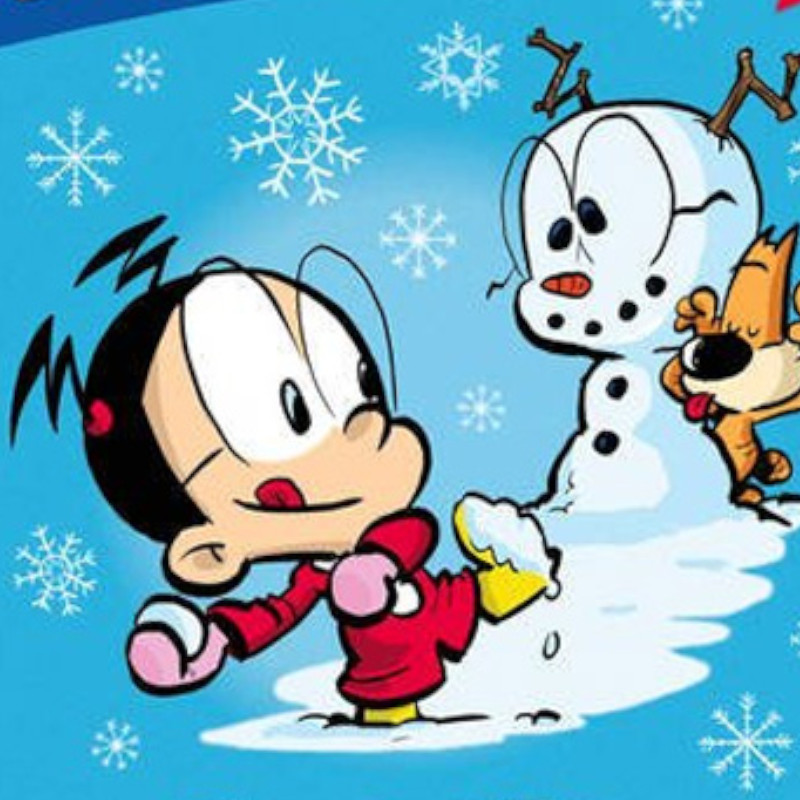 Frank Cammuso is the author/illustrator of the graphic novel series The Misadventures of Salem Hyde from Amulet Books. He also created the graphic novel series Knights of the Lunch Table from Graphix/Scholastic. Frank drew the comic Otto’s Orange Day and Otto’s Backwards Day for Toon-Books. He also wrote and drew his self-published graphic novel Max Hamm Fairy Tale Detective, for which he received an Eisner nomination. Frank is the former award-winning political cartoonist for The Post-Standard newspaper in Syracuse, NY. His cartoons have been reprinted in The New York Times, The Washington Post, USA Today, and Newsweek. He has written fiction and satire with his good friend Hart Seely. Their work has appeared in The New Yorker, The New York Times, The Village Voice, Slate, and on National Public Radio. He’s the co-author of 2007-Eleven and Other American Comedies. Cammuso currently teaches Sequential Illustration part-time at his alma mater, Syracuse University. He lives with his family in frosty Syracuse, NY, where they enjoy all things comics!


Random words, thoughts, and ideas, combined with artistic talent of all levels makes this the most incredible interactive workshop you will ever attend. Sit back and enjoy the show or grab a marker and join in. This collaborative art experiment is sure to yield plenty of laughs and fantastic art that you can win!