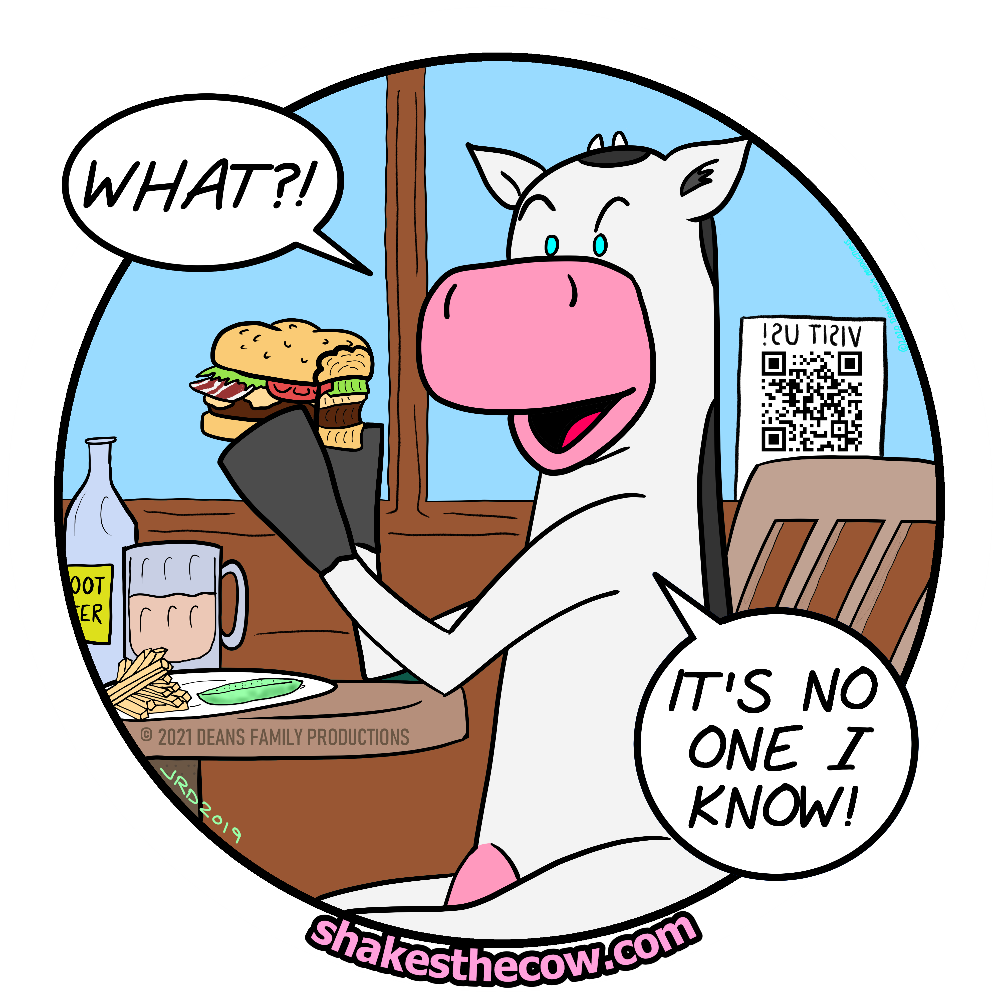 J. Robert Deans has doodled all of his life. During his nearly ten-year career selling comics, he relaxed by drawing them, and started his own web comic. Crass Fed featured a cow, a penguin, a peculiarly sketchy style, and Robert’s rather eclectic sense of humor. Less than a day after being laid off, a silly idea struck: a cow lost in space. That idea became the first in the Shakes the Cow series of picture books for young children, Moo Thousand and Pun. Mid-grade spy adventures followed with the original version of the Bear From AUNT series. Since then, Deans has created a series of solo gamebook adventures – Steer Your Own Story, and serialized short stories inspired by 1940s mystery films, all of which are set in the very real and made-up land of Grand Punwick, where all of Deans’ characters live (not just his head). Robert also regularly collaborates with his wife and Kidlet on various books, toys, and comics for their Deans Family Productions imprint, Crass Fed Kids.