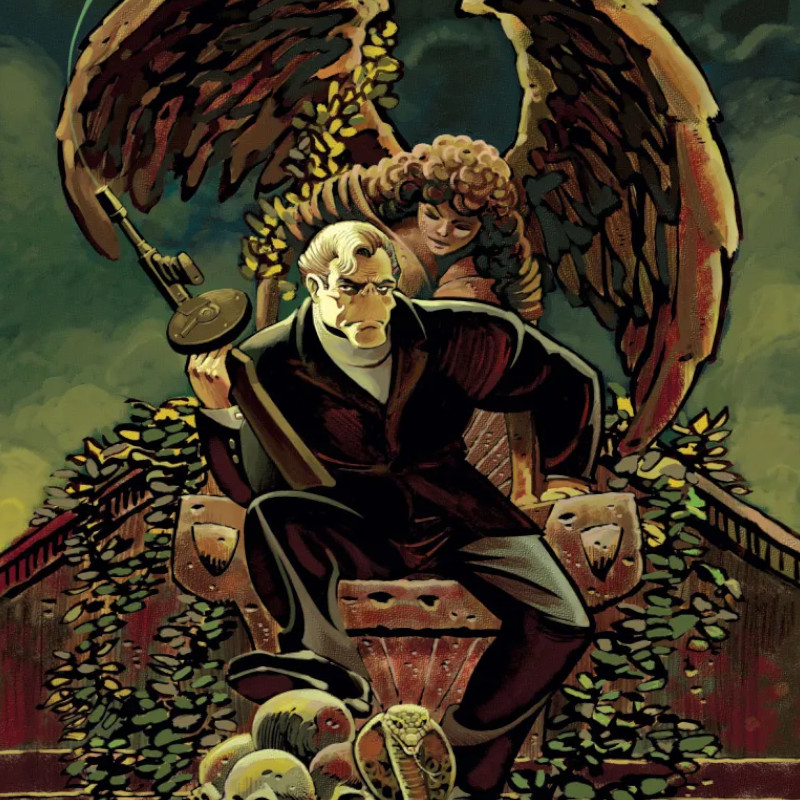 Jennifer Rouse
Composer
Frankenstein Mobster, Songs Of Giants: The Poetry Of Pulp
Jennifer Rouse is a music composer and sound designer. She is the original music composer and sound designer of Mark Wheatley’s acclaimed comic book series Frankenstein Mobster for audio drama, available on Audible, Christmas 2021. At 13, she began studying voice at The John Hopkins Peabody Conservatory and at 16 was a member of The Baltimore Symphonic Band. She got her degree at Towson University where she studied music theory, composition, as well as voice.
She wrote the music score for the film The Death of Poe, starring Mark Redfield, which was featured in the Manchester Film Festival in Manchester, UK. She also did the sound editing and music for Palatine Hill Productions The Drum Major, which was in the Amnesty International Film Festival. For Alpha New Cinema, she composed the music score for the classic silent film The Avenging Conscience directed by D.W. Griffith. Her most recent film score was for the western White Talon City.
For the popular medium of audio drama and audio books, she has worked on numerous projects such as Redfield Arts Audio’s “Edgar Allan Poe’s Haunted House Of Usher”, which is a throwback to retro haunted house records. Other titles include, “Season 13”, a modern day comedy about a haunted theater, “The Canterville Ghost”, “Jeffrey Combs’ NEVERMORE An Evening With Edgar Allan Poe”, “Charles Dickens’ A CHRISTMAS CAROL”, and others. Jennifer also collaborated with artist Mark Wheatley and Mark Redfield on the soundtrack to “Songs Of Giants: The Poetry Of Pulp”, a companion soundtrack to the illustrated book by Mark Wheatley, which features the poetry of Roger E. Howard, Edgar Rice Burroughs, and H.P. Lovecraft.
http://www.jenniferrouse.com/
https://twitter.com/jennyrouse
https://www.facebook.com/jenrouse/
https://www.instagram.com/jenniferarouse/