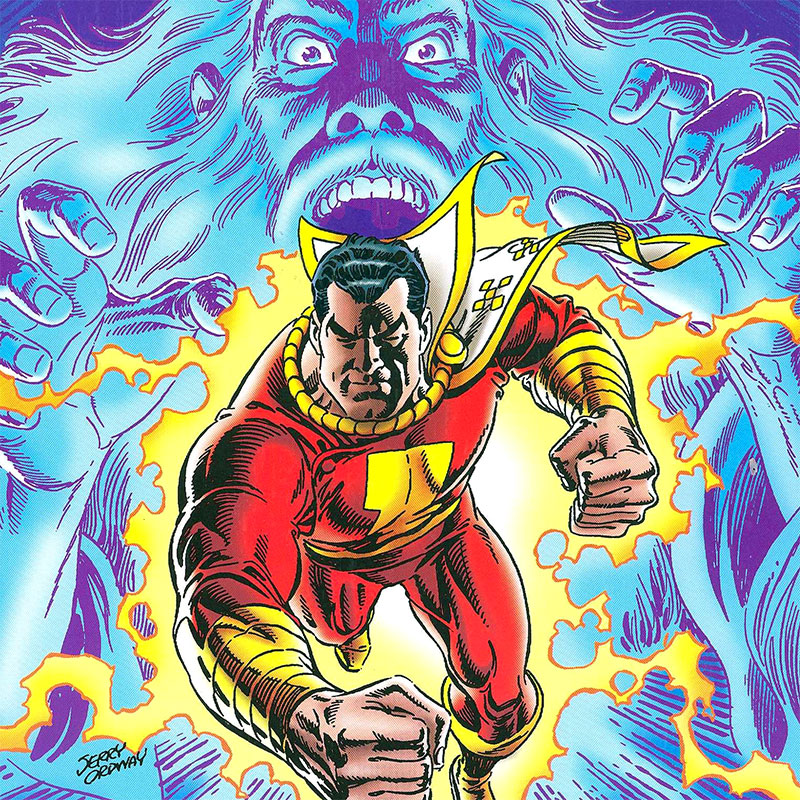 Jerry Ordway got his first professional comics work in the summer of 1980. In the years since, he has written and drawn the adventures of countless iconic characters such as Superman, Captain Marvel, The Justice Society, All Star Squadron, the Avengers, and the Fantastic Four. As an inker, he worked on Crisis on Infinite Earths and Zero Hour for DC Comics. In the 1990’s, Jerry co-created and drew WildStar for Image Comics, and wrote and drew his own creation The Messenger. Also in the 1990’s, his award-winning hardcover graphic novel, The Power of Shazam, retold the origin of the character, which spun into a long-running monthly series, featuring painted covers and writing by Jerry, with art by penciller Peter Krause and inker Mike Manley. In recent years, he has started self-publishing his comic property Proton, and this year, reunited with his All Star Squadron collaborator Roy Thomas for an 80th anniversary Captain America story for Marvel Comics.