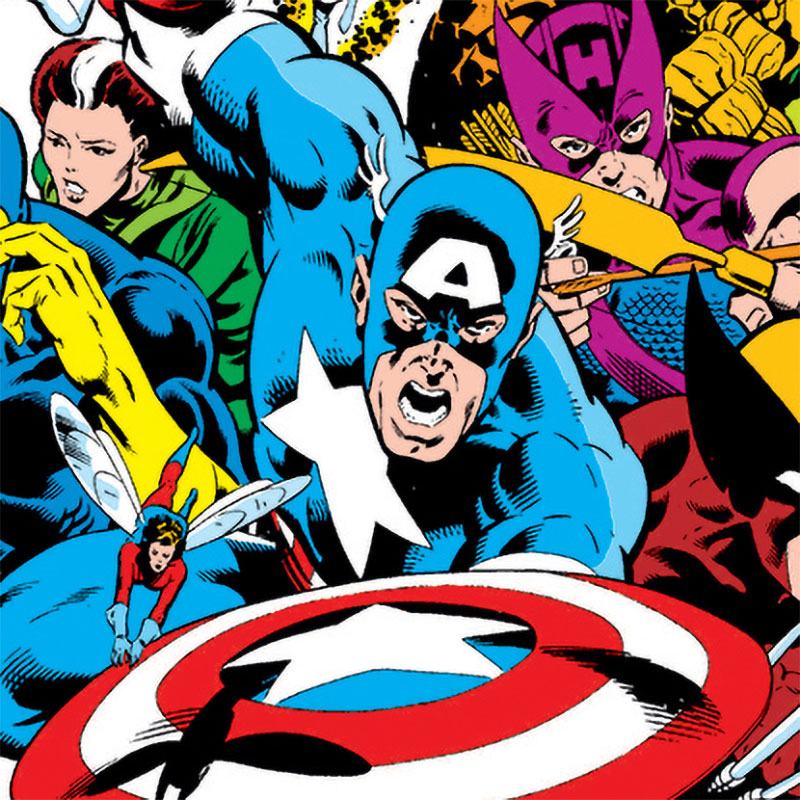 John Beatty got his first break working for Marvel and DC Comics when he was 19. The year was 1980 and the decade that followed is now referred to as the “Bronze Age” of comic books! Beginning with short filler stories for DC Comics anthology books, Beatty soon found himself as the finisher on the JLA working over George Perez. However, the run was limited to 4 issues due to Marvel Comics offering him the inking duty over his favorite character, Captain America, with his long-time mentor and collaborator, Mike Zeck. Coming off of a 2.5 year run on Cap, Zeck and Beatty were tagged to do the art on the first major clash of heroes and villains, Marvel Super Heroes: Secret Wars! which saw the change of Spider-Man’s costume to black in issue #8 of the series, something that turned into a bigger deal as Venom. After Secret Wars, the team of Zeck and Beatty produced the hit limited mini-series and a graphic novel starring Marvel’s newest “A-List” character, The Punisher. The last major work the team produced was the Captain America Annual 8. Covers for Captain America, G.I. Joe, and many other titles were a staple of work for the team during the ’80s. Beatty continued projects for Marvel, including Thanos Quest, Squadron Supreme, Venom: The Madness, and others. At DC Comics, John was the inker for Batman: Year 3 and the first 5 issues on the new Batman title, Legends of the Dark Knight. Eight years of work on various Batman titles with writer Doug Moench and penciler Kelley Jones became well-known in the ’90s, including the last 2 installments on the Vampire/Batman GN series, other Batman graphic novels, and a 3-year run on the monthly Batman title, recently reprinted in two beautiful hardcover editions. Eventually turning his sights on DC Licensing, Beatty has produced vector ink and color for style guides, from movies to animated series to products such as toys, cards, packaging, and clothing, among other things. This is uncredited work, but is still being used. Traditional inking is still Beatty’s main love, and he continues to practice it and teach those around him who want to learn.