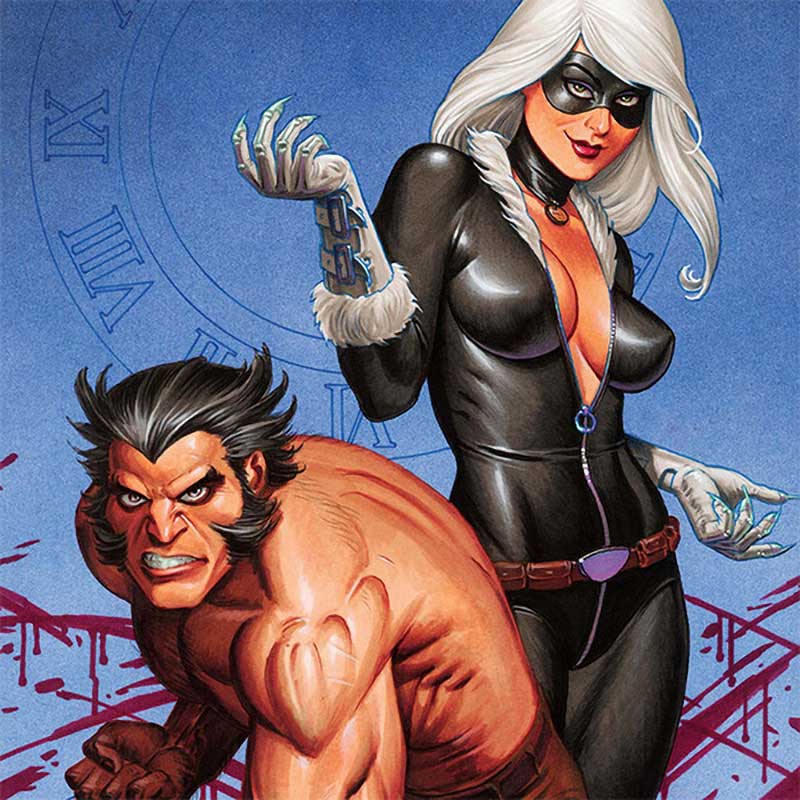 Joseph Michael Linsner is most well-known for his creation Dawn, who first appeared in the self-published Cry for Dawn in 1989 and followed by numerous series at Sirius. He is also the creator of several other characters, including Sinful Suzi in Sin Boldly, released in December 2013 by Image Comics. He has worked on Dawn/Vampirella through Dynamite Entertainment, Justice League Quarterly and Harley Quinn at DC Comics, Killraven, Mystique, and Claws at Marvel Comics, and he drew the cover of the Image Comics one-shot Witchblade/The Punisher #1. Of late Linsner has provided covers for Dynamite Entertainment’s Red Sonja, Elvira: Mistress of the Dark, and covers and interiors for Vampirella: Roses for the Dead.