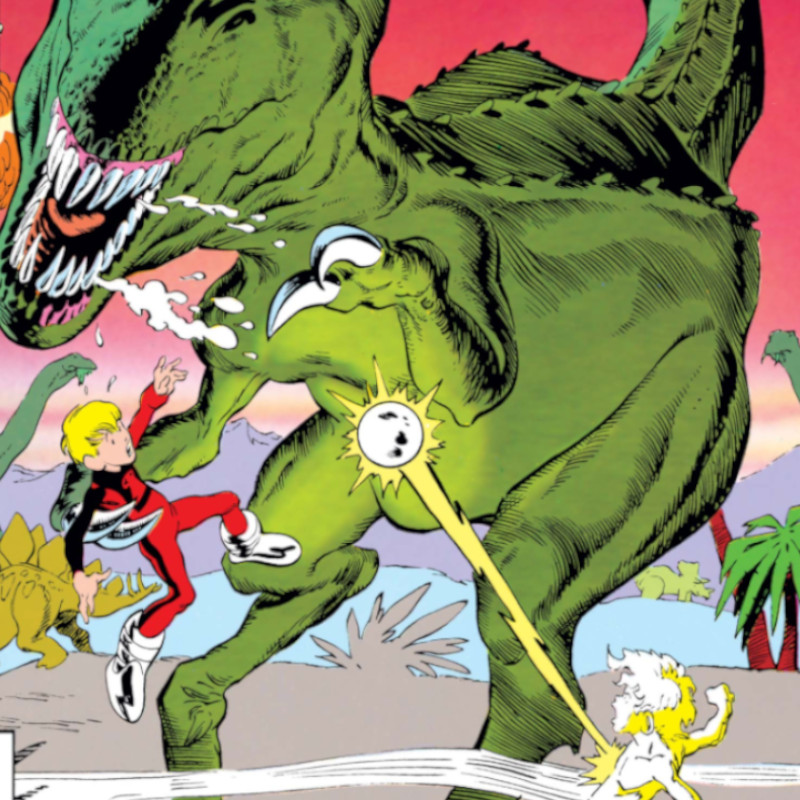 Judy Bogdanove aka Judith Kurzer, has worn many hats (she’s a Sagittarius) – singer, actor, composer, lyricist, teacher, editor, writer…wife to Jon and mom to Kal-El. In the world of comic books, she wrote for DC (Steel Annual #1) and for Marvel, stories in The New Mutants Annuals #5 and #7, and Power Pack #54, and was also editor of the Letters Column of Power Pack, during which time she had the pleasant task of awarding the coveted “No Prize.” She also wrote content for 8 DuckTales stories in Disney’s Weborama Audio.

As Judith Kurzer, she performed with the New School Opera Workshop, the St. Bartholomew’s Cathedral Choir, and with companies that presented opera excerpts for children in the New York City School System. She sang the roles of Katisha in The Mikado and Meg in Damn Yankees for Maine Community Theatre productions.

Her music includes composing the score for Petunia’s Perils, an off-off Broadway show, new lyrics for the World Premiere of Scott Joplin’s Treemonisha: the Concert Version, and scores and lyrics for three shows with the Moving Target Theatre Company: I Suppose You’re All Wondering, Till Death Does Her Part, and So: A Guy Walks Into a Bar.