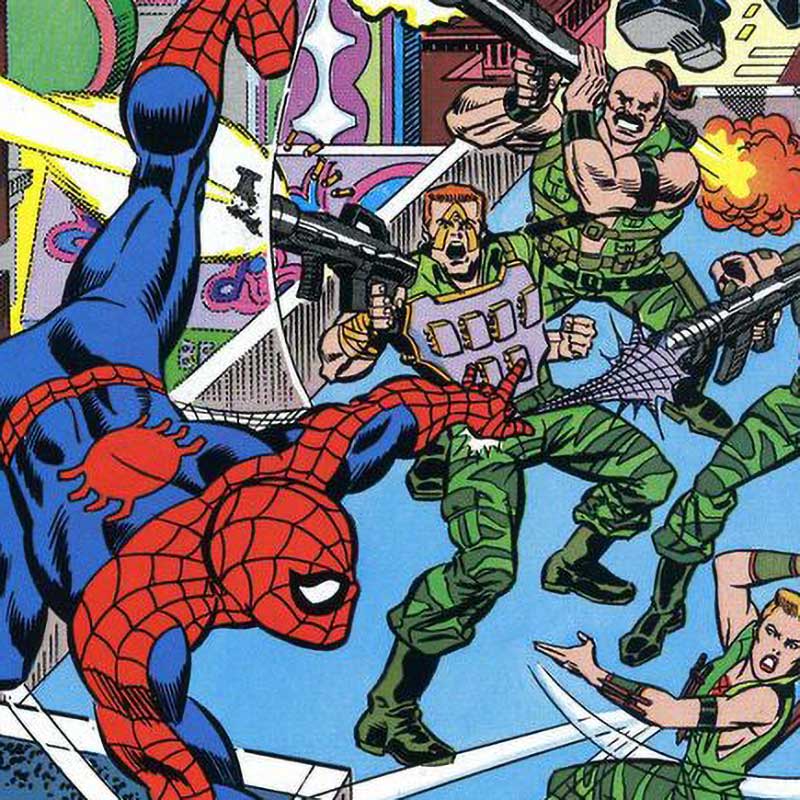 Keith Williams, comic book inker, enrolled in the School of Visual Arts in New York City from 1976 to 1980. Keith received his Bachelor of Fine Art in Media Arts and studied under Will Eisner, the creator of The Spirit comic strip. With the help of Marvel comic book artist and mentor Don Perlin, Keith started working for Marvel Comics in 1982 as a background inker. He worked for inkers including Joe Sinnott and Mike Esposito. At Marvel, he became the first John Romita Raider, an art correction group. Keith later became an assistant editor under Jim Owlsley (Christopher Priest) on the Spider-Man group of books. The two became the first all-black editorial team in Marvel’s history. He later became John Byrne’s background artist on Alpha Flight, The Hulk, Superman, and Action Comics. Keith began inking regularly on Web of Spider-Man, which lasted for four years. In between that time and after, he worked on many other books at Marvel, including Silver Surfer, She-Hulk with John Byrne, Warlock, Quasar with Greg Capullo, Star Trek, and the X-Men. At Dark Horse Comics, he worked on The Mask and Walter with artist Doug Manke, and Star Wars Droids. At DC Comics, he was on Superman, and the Lobo/Mask graphic novel with Doug Manke. For Valiant, he worked on Quantum and Woody and the covers of X-O Manowar. At Moonstone Comics, he was on The Kolchak Night Stalker Chronicles, Buckaroo Banzai, and Domino Lady. For ten years, he had worked on The Phantom for King Features Syndicate. And at Avatar Press, he inked Lady Death and Crossed covers, a Crossed webisode comic, “Wish You Were Here”, and the cover and interiors of the comic book Uber. He has also inked Avatar Press’ published graphic novel Max Brooks’ Harlem Hellfighters. And recently, he has inked over Ron Frenz pencils for Marvel’s Thor the Worthy one-shot book.