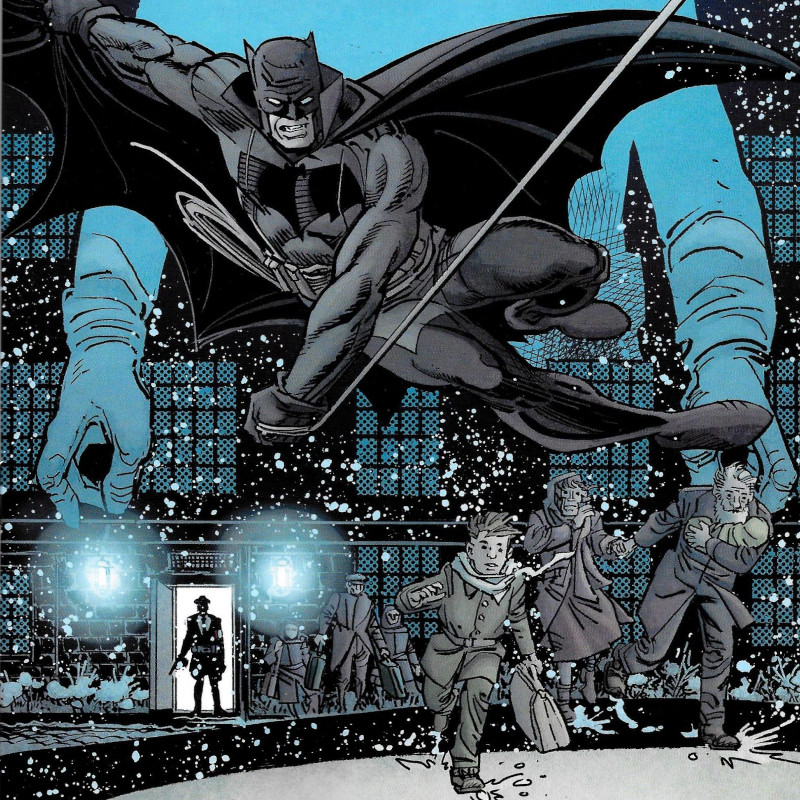 Klaus Janson was born in 1952 in Coburg, Germany, and came to America in 1957. As a child growing up in Connecticut, he learned how to read and write the English language almost exclusively from Lois Lane and Superman comics. Even at that early age, delusions of competence overtook him and he would cut apart the comics and paste them onto paper to construct new stories. This eventually led to the notion that drawing the stories outright and preserving the comics might be a more efficient way of approaching this medium. A valuable and life saving apprenticeship with his mentor Dick Giordano encouraged him to continue. After many summers of portfolio reviews and rejections, Marvel Comics offered a part time office job applying grey tones to the black and white horror comic reprints that were glutting the market. Two things happened that would change that: Daredevil and teaching at The School of Visual Arts. Daredevil with Frank Miller in the mid-1980s was a rare opportunity for two artists to work unconstrained by the typical expectations or oversight of corporate thinking. An anomaly for mainstream publishing, Daredevil was a struggle between artistic instinct and intellect that, at its best, resulted in that perfect balance. The other step forward was teaching at The School of Visual Arts. Klaus believes that communication is the most powerful tool human beings possess. That ability to communicate can come in many forms but at its root is called storytelling. Klaus lives in New York, where he writes, draws, inks, and colors, and teaches comics.

Janson will be appearing on Saturday only.