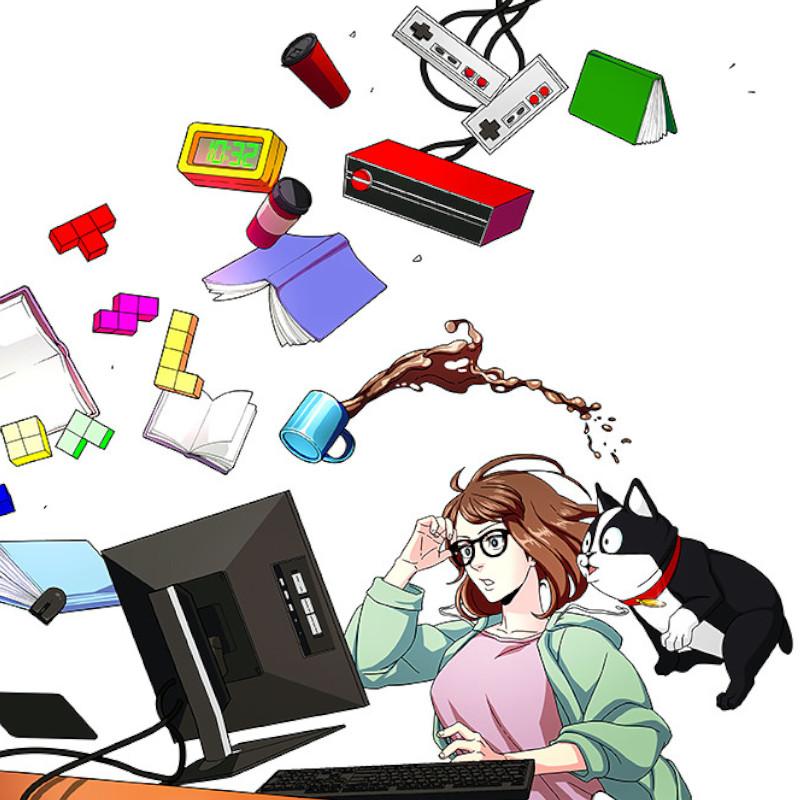 Leeanne M. Krecic, also known to her fans as “Mongie“, is the creator of the Eisner-nominated and Amazon bestselling comic phenomenon Let’s Play. As a webcomic, Let’s Play has over 5 million global subscribers and is available in English, French, Spanish, and German through the webcomics platform, Webtoon. The graphic novel collections of Let’s Play are 2 of the top 30 all-time Kickstarters in the Comics category and are published by Rocketship Entertainment. Announced in 2021, Let’s Play is being adapted as a live action series by Allnighter (Final Fantasy, Luther Strode). In 2021, Leeanne was nominated for the Ringo Award for Best Cartoonist. With a degree in computer science, Leeanne worked as head of IT for an Internet-based company for eleven years, helping it become a multi-million dollar company, before deciding to pursue her dream of becoming a comic creator. Entirely self-taught, Leeanne has worked as a commissioned freelance artist for over eight years, creating concept art for tabletop games, and book covers. Leeanne resides in Kansas City with her husband, two dogs, two cats, and over a hundred fish.