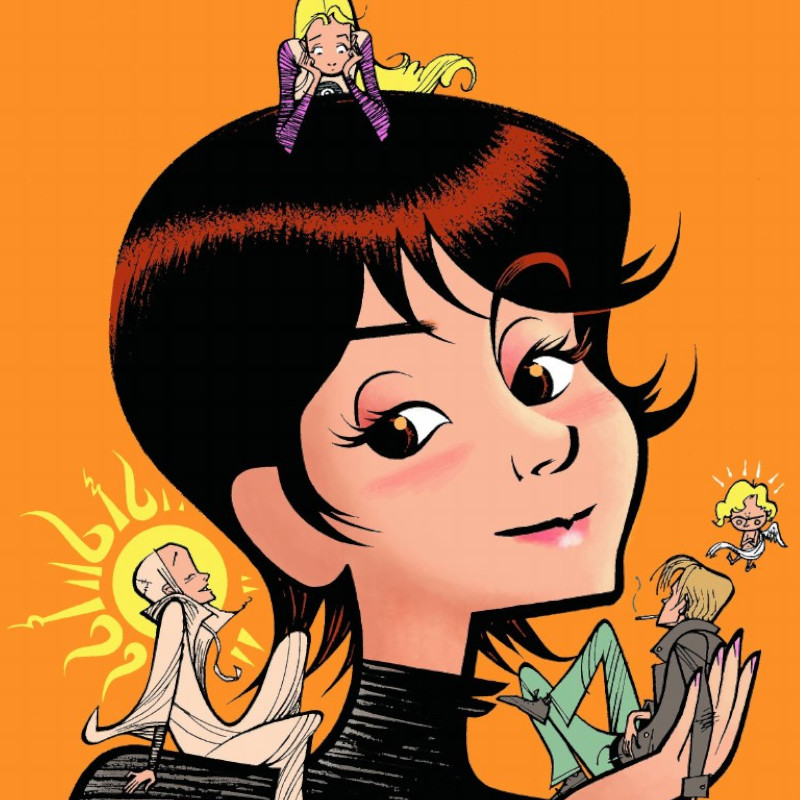 In addition to his collaboration with Neil Gaiman on the climactic story arc “The Kindly Ones” in The Sandman, artist and writer Marc Hempel is also known for his critically acclaimed work with Mark Wheatley in the titles Breathtaker, Mars, and Blood of the Innocent. His own creations Gregory and Tug & Buster have been nominated for Harvey and Eisner Awards, and his humor anthology Naked Brain was named Best Comic Book in the Baltimore City Paper’s Best of Baltimore 2003 issue. Hempel’s art has also appeared in Marvel Fanfare, Epic Illustrated, Heavy Metal, Jonny Quest, Tarzan the Warrior, Clive Barker’s Hellraiser, Flinch, My Faith in Frankie, The Dreaming, Lucifer, and Disney Adventures. He has created advertising art for print and television, and character design for HBO Animation. More recently, Hempel produced CD art for the Nashville band Swamp Rat, drew an episode of the online strip Munden’s Bar for ComicMix.com, illustrated a 21-page story for Michael Chabon’s The Escapist: Pulse-Pounding Thrills, and has contributed to both MAD Magazine and Nickelodeon Magazine. Marc’s latest work includes a full page comic strip for the lavish hardcover Little Nemo: Dream Another Dream, as well as art for SpongeBob Comics, the Planned Parenthood benefit book Mine!, and Short Things: Tales Inspired by “Who Goes There?” (The Thing) by John W. Campbell, Jr. He is the recipient of the Speakeasy Award and the Inkpot Award. Originally from the Chicago area, Marc currently resides in Baltimore, Maryland.