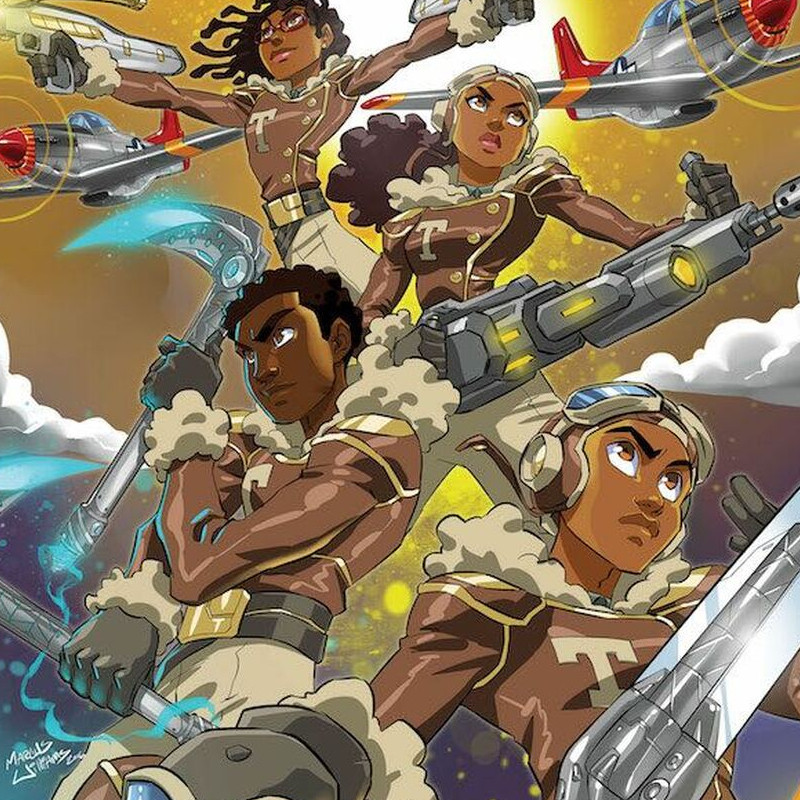 A long time lover of video games, comic art, and all things animated, Marcus Williams dedicated his young artistic years to fine tuning his illustration muscles by way of freelancing. Over eighteen-plus years later, he’s catching his stride and still ever-growing in hopes of being a well-rounded illustrator. Stationed in Atlanta, GA, he spends most of his time toiling away late nights on everything from illustrating comic art, fan art, and children’s books, to random character commissions and more. A proud father of two, he somehow manages to steal enough time to create loads of artwork and check homework. He’s excited about the direction his comic properties are heading in, and looks forward to creating more forms of visual entertainment and stories to enjoy.