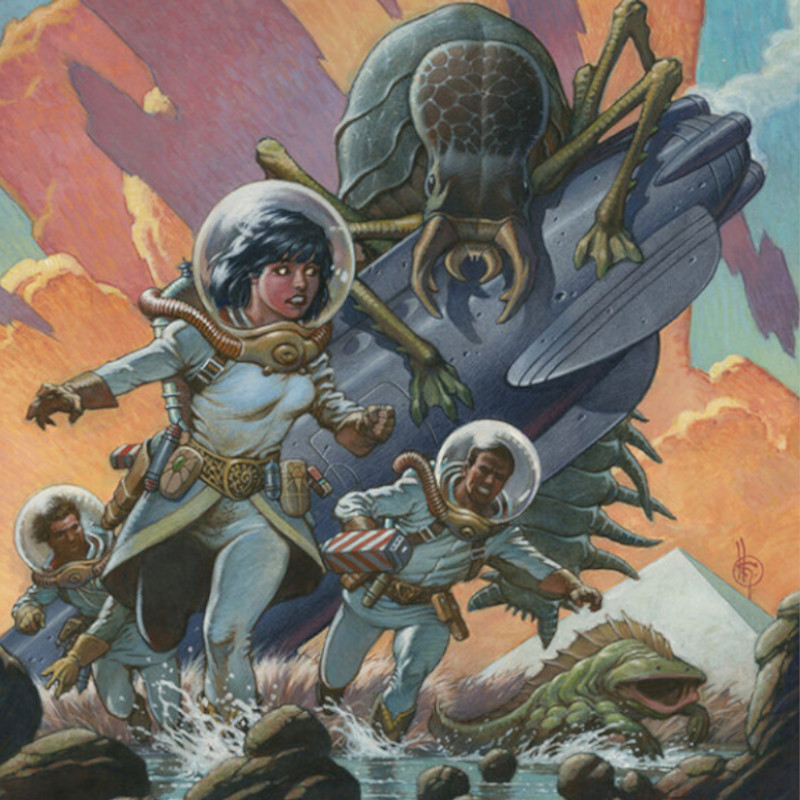 Since entering the world of cartooning in the mid-1980s with the science-fiction adventure series Xenozoic Tales, Mark has slowly but consistently produced a very diversified body of work.  He has produced illustrations for Robert E. Howard’s Conan stories, scripted four years of Superman, composed a science guide to Genetics and DNA, created the Stormforce 10 adventure SubHuman with paleontologist Michael J. Ryan, and written the novella Storms at Sea, which he also illustrated. Currently he scripts the comic strip Prince Valiant, and in free moments continues to work on a sequel to Storms at Sea. Flesk has been his publisher since 2005, and continues to regularly release collections of his sketches, commissions and personal works.