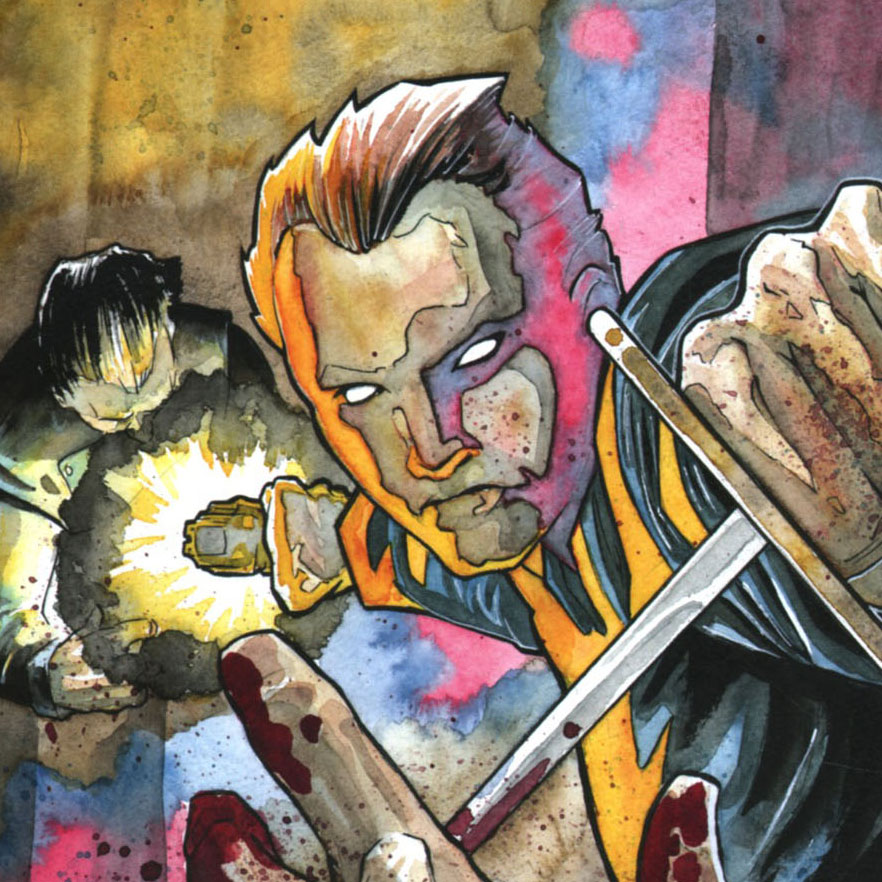 Matt Slay has worked in comics for 15 years, but quickly made a name for himself painting variant covers for IDW’s Teenage Mutant Ninja Turtles. His dark and earthy watercolors bring a grown-up sense of danger to any character. Born in St. Michaels and raised in Easton, the Maryland native now paints for the sci-fi anthology series Time Traveled Tales with authors such as Timothy Zahn. Matt has generated production art for Marvel Premiere as well as Iron Man 3, and has since provided covers for Six Gun Gorilla and American Mythology’s Equilibrium while writing his own book and cartoon series, 3 Story Dungeon. Matt is represented by Comic Art House.