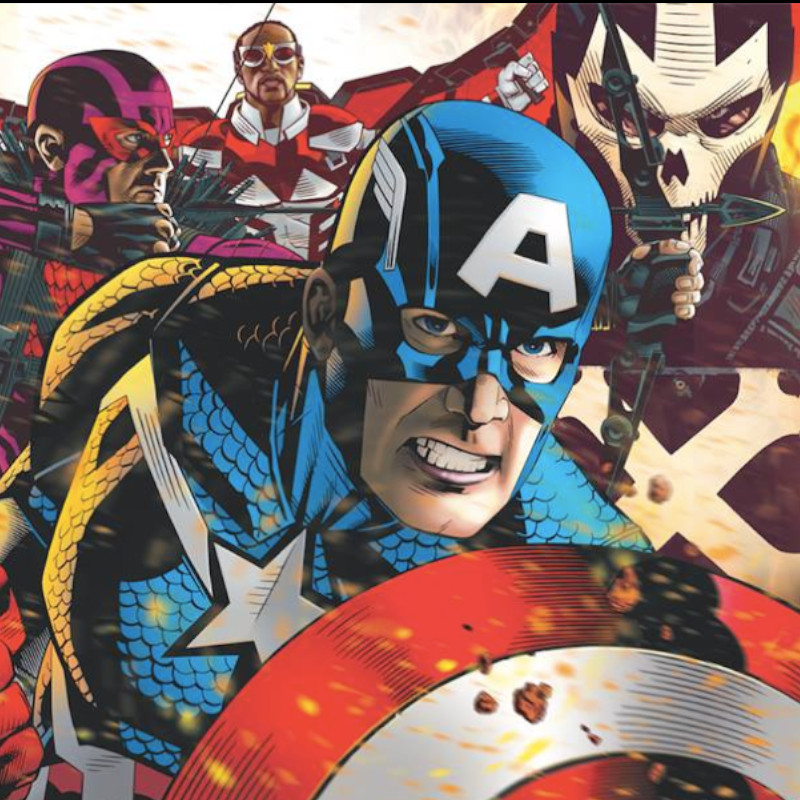 Artist/writer/creator Michael Golden is a legend in the comic book industry, but one that has never stopped adding to his legacy as a storytelling professional. Co-creator of the X-Men‘s Rogue character, Spartan X, and Bucky O’Hare, Michael is known worldwide for his groundbreaking work on The ‘Nam, Micronauts, G.I. Joe Yearbook, and Dr. Strange, among much more, and is counted as one of the best cover designers and illustrators in the business. Golden’s work can be seen on covers from The Walking Dead, Civil War, Rom, Micronauts, Spawn, Nightwing, Iron Man, Heroes for Hire, Exiles, Demon’s Regret, Spider-Man, Vampirella, Captain American, The Punisher, and The Hulk, as well as numerous other titles for about every company out there. His zombie art is routinely used in conjunction with popular properties on TV and in print. Recent books covering the colorful life and amazing art of Michael Golden include a manga version of the Bucky O’Hare series as well as the top selling art retrospective Excess: The Art of Michael Golden, written by Renee Witterstaetter, which sold out and has gone into a second printing, as well as his recent sketchbooks Heroes and Villains, MORE Heroes and Villains, Michael Golden: Alchemy, and Michael Golden: Dangerous Curves. Michael has served as an Editor at DC Comics as well as Senior Art Director at Marvel Comics, and has worked on scores of movie production projects, some currently in development. His art has been the focus of gallery shows in places as diverse as Gijon, Barcelona, New York, Antwerp, and Brussels, while his class on storytelling has been conducted in Spain, Brussels, France, Canada, the United States, and, most recently, China. He has recently been awarded with Lifetime Achievement Awards from The University of Maryland Eastern Shore and the Lille Arts Festival, with gallery shows of his work in Spain, New York, Maryland and Moscow, and many points in between.