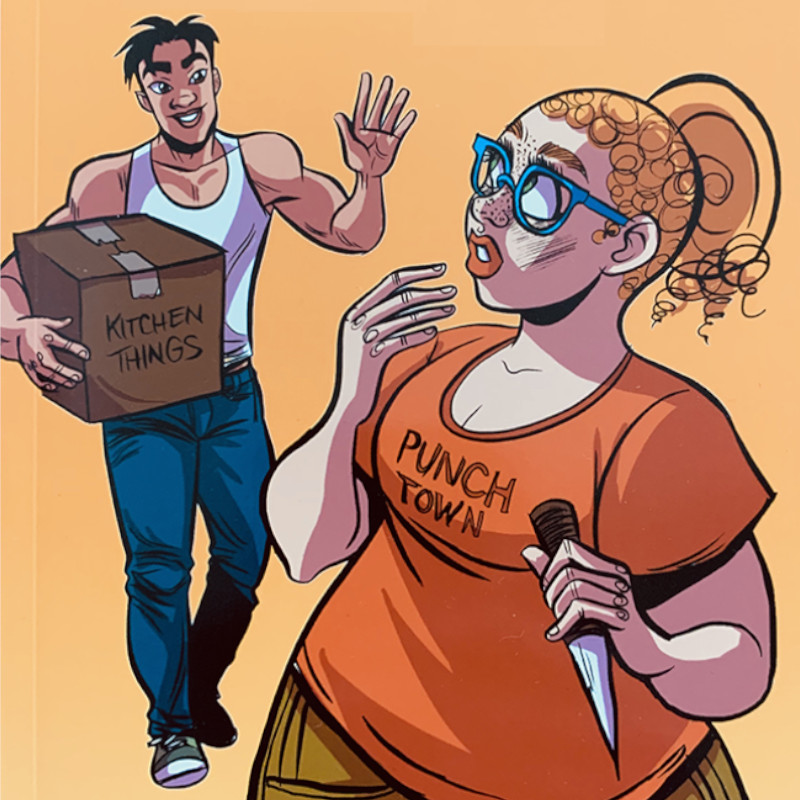 Monica Gallagher is a writer and illustrator with over twenty years experience making comics with a positive, feminist spin. She has worked for Oni Press, Vertigo, Papercutz, Comixology, Dark Horse, and Valiant. She’s also self-published several of her own mini-comics and books. She has two series currently on Webtoon — Assassin Roommate (which won a Ringo Award in 2018 for Best Hero!), and BOO! It’s Sex with Danielle Corsetto. Assassin Roommate Book #1 was published in October 2020 by Rocketship. She’s the co-writer/co-creator of comiXology’s The Black Ghost series with Alex Segura. She maintains an enthusiastic following on her Patreon page, where she self-publishes the series Bonnie N. Collide, Nine to Five, and The Biggest Bigfoot. She lives in Austin with her husband and their gigantor ginger cat.