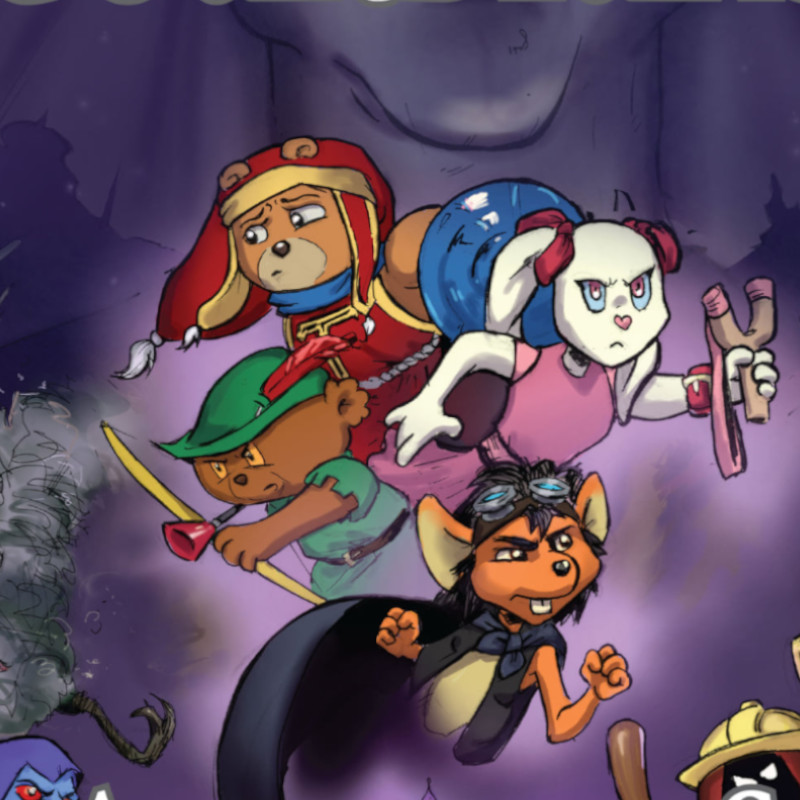 Nick Davis is an Englishman in the USA, the writer and occasional artist of the Night Guardians, the ongoing adventures of heroic kids and cuddly toys who bump back against the bumps in the night, and their master, the Boogeyman.

Once upon a time in a green and pleasant land far, far away, Nick labored as a feature writer and production assistant on Games Workshops’ Monthly Hobby Magazine White Dwarf during the Paul ‘Fat Bloke’ Sawyer years with a small stint on the USA version of the magazine – it was a golden time and inspired Nick to create Alt World Studios, an independent creative voice for storytelling on the interwebs.

Post Games Workshop, Nick works as a digital web marketing architect, graphic designer, storyteller, and sometimes artist. Occasionally, he can be found plodding away on a worn out keyboard or attempting to draw or playing with Lego while he explores the tea-powered worlds of his imagination.