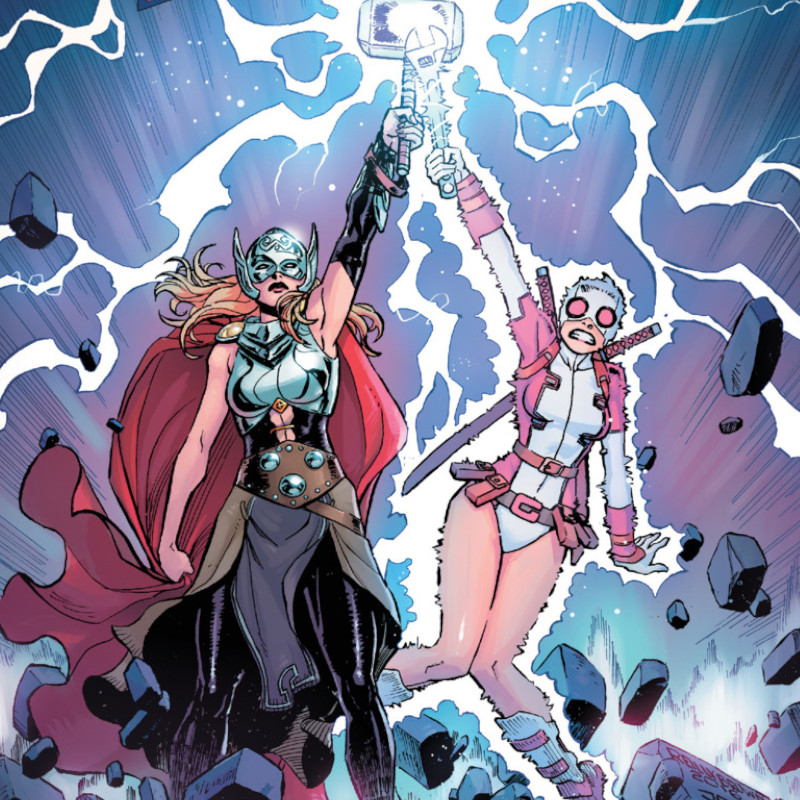 New Jersey native Reilly Brown is a best-selling comic book artist and writer for Marvel and DC Comics, known for bringing a sense of character and personality to the projects on which he works, balancing a combination of light-hearted humor with fast paced superhero action. These talents have been on full display in the pages of Amazing Spider-Man, Incredible Hercules, Batman/Fortnite, and many other comics, perhaps most notably Deadpool, Marvel’s infamous, rapid-healing merc-with-a-mouth! He is also a pioneer in digital storytelling, utilizing new ways of making comics for tablets and smart phones with his creator-owned series Power Play, as well as several stories for Marvel, including Deadpool: The Gauntlet, Slapstick, and several others. Reilly currently works with Fabian Nicieza on their creator-owned series Outrage, which can be found on Line Webtoon.