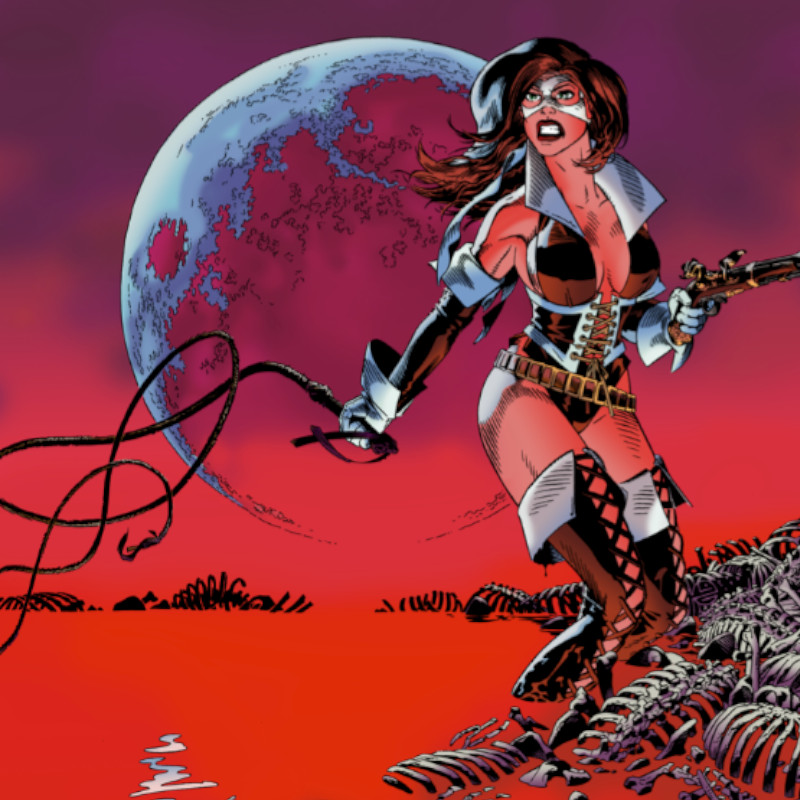 Renee Witterstaetter began the comic phase of her career working on such titles as Guardians of the Galaxy, Thanos Quest, Superman, Silver Surfer, Conan The Barbarian, The Punisher special projects, and Conan Saga, then going on to spearhead the reintroduction of She-Hulk at Marvel as well, as part of that legendary run. She then moved to Topps Comics where she was the editor on X-Files, Jurassic Park, Xena, and Hercules, and is the co-creator with Jackie Chan and artist Michael Golden of the successful series Spartan X, which will be made into a trade paperback featuring new material. She is also the colorist on hundreds of comics from The Avengers to Spider-Man to Captain America to Jurassic Park, among many, many others. She is the writer of Nick Cardy: The Artist at War, Excess: The Art of Michael Golden, Kerry and the Scary Things, Dying for Action: The Life and Film of Jackie Chan, and more. She is the President of Little Eva Ink Publishing and Eva Ink Artist Group, which represents artists and writers in comics, storyboards, fine art painting, and more. Renee is also one of the producers of the Creator Chronicles DVD series with Woodcrest Productions, featuring interviews with major industry creators such as George Perez, Bill Sienkiewicz, Michael Golden, Joe Jusko, Matt Wagner, Joe Sinnott, and many more. Other projects also include the books Michael Golden: Dangerous Curves, Santa Confidential with Hagar the Horrible artist Chris Browne, and Mark Texeira: Tempest. In her not-so-abundant free time, she lectures on storytelling, most recently in China and Russia, fishes, dances, travels, and is also curating several major art exhibits featuring U.S. and European talent.