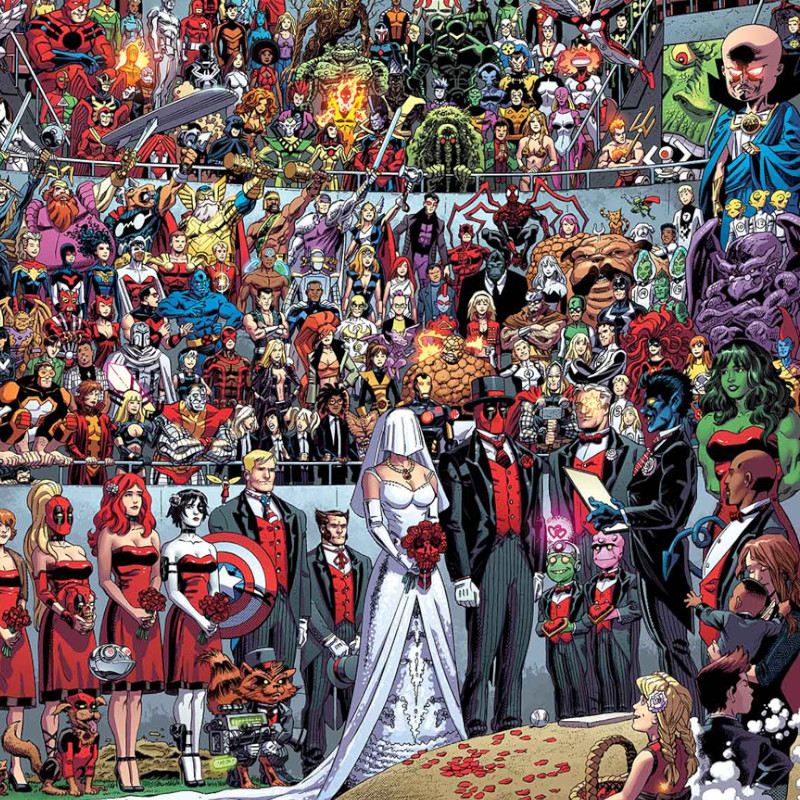 Scott Koblish is an American comic-book artist who has worked as a penciller and inker on more than 600 comic books for Marvel, DC, Disney, Platinum Studios, Z2, Heavy Metal, and Acclaim. He has worked on a wide variety of titles, including GI Joe, Punisher, Elektra, Thor, Hulk, Captain America, Daredevil, X-Factor, X-Man, X-Men, X-Men ’92, Uncanny X-Men: First Class, Excalibur, Wolverine, Fantastic Four, Spider-Man, The Avengers, Guardians of the Galaxy, Doom 2099, Deadpool 2099, Moon Knight, Venom, Star Trek/X-Men, Deadpool, Spider-Man/Deadpool, Iron Fist, How to Read Comics the Marvel Way, and Star Wars for Marvel, and worked on Superman, Primal Age, Titans, OMAC, Outsiders, Batman, Aquaman, and Lobo for DC. His most notable work at Marvel as a penciller was his 6-year run as an artist on Deadpool, where he received the Guinness Book of World Records for most characters to appear on a comic book cover. He is the author and artist of the book The Many Deaths of Scott Koblish, and artist on How To Draw DC Comic’s Super Heroes and Super Villains. He is also starring in a DCKids’ Youtube series focusing on how to draw characters from the Batman universe.