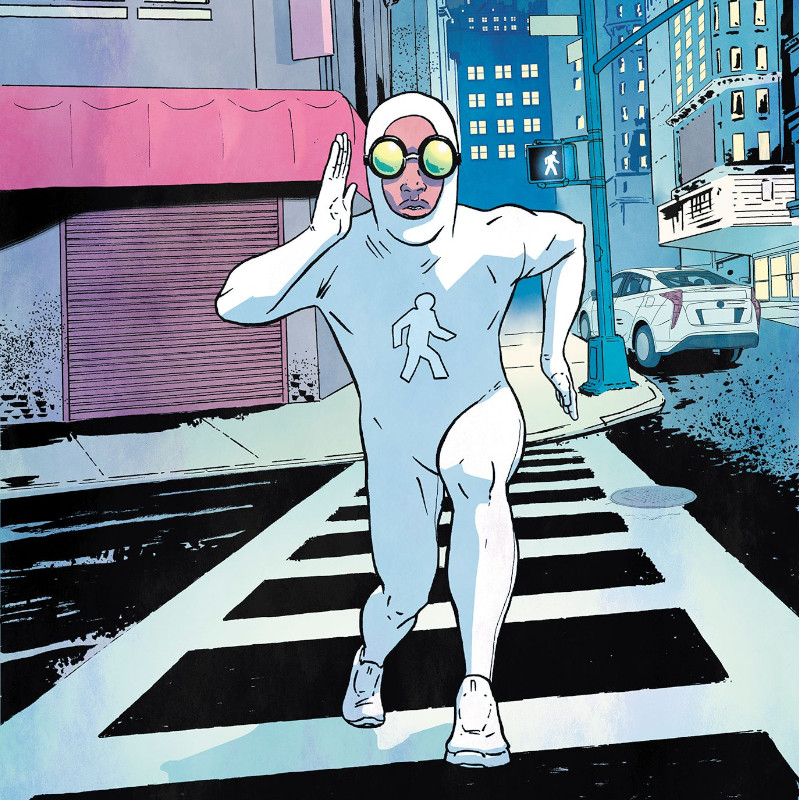 Sean Von Gorman is an NYC-based comics illustrator and writer. He is known for co-creating Toe Tag Riot (Black Mask Studios), and Pawn Shop (Z2 Comics) with Joey Esposito. He has recently reunited with Esposito on his latest work, The Pedestrian. He has also contributed art for projects published by Image, Dark Horse Comics, and IDW, as well as anthologies such as Occupy Comics (Black Mask) and the Eisner Award-winning Love Is Love (DC/IDW). In addition to his comics work, Sean has also contributed art for Neil Gaiman’s Neverwear and features for Alt Press Magazine and The New Yorker. He is also a brilliant guerrilla marketer, who has been known to handcuff himself to things and escape straitjackets to promote his comics. His next project, Ghost Planet, will be released later this year.