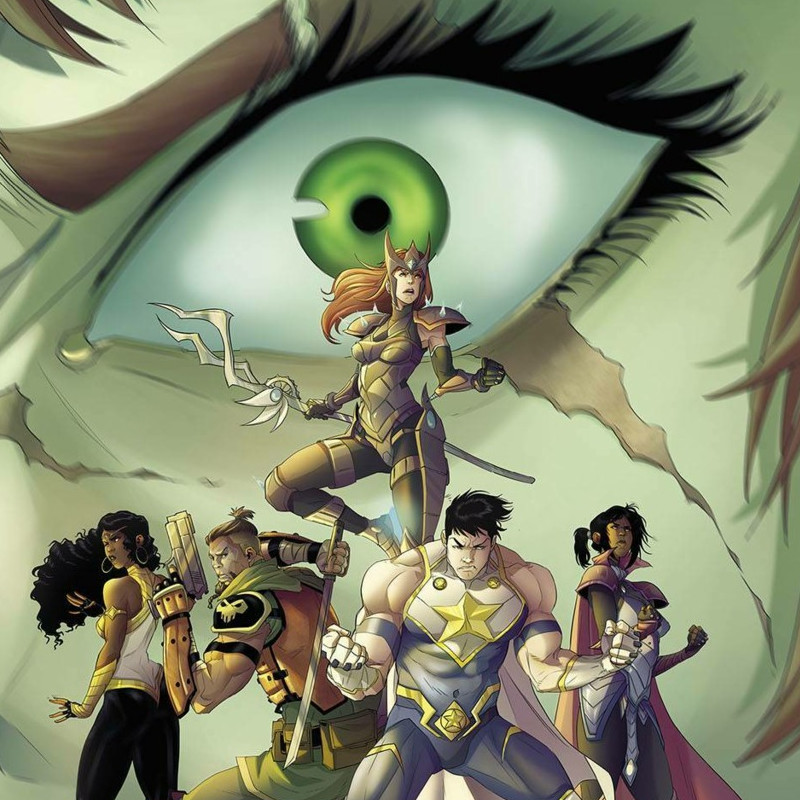 Steve Orlando writes and edits, including Virgil, Undertow, and stories in the Eisner Award-nominated Outlaw Territory and Eisner-winning Love is Love at Image Comics. As well, he launched 2015’s Midnighter and 2016’s Midnighter and Apollo, both nominated for GLAAD awards, and took part in Justice League of America, Batman and Robin Eternal, Doom Patrol: Milk Wars, Supergirl, Batman/The Shadow, and Wonder Woman for DC Entertainment, as well as The Shadow/Batman for Dynamite Entertainment, Namesake for BOOM! Studios, Crude for Skybound Entertainment, Dead Kings, Kill a Man, Rainbow Bridge, Party and Prey, and Project Patron for Aftershock Entertainment. His 2018 sold-out launch Martian Manhunter was one of Tor’s Best Single Issues of 2018. In 2020, he returned to Image Comics with Commanders in Crisis, as well as The Pull, a headline release from TKO Studios. He launched the serial Starward with Heavy Metal in the same year, and in 2021, took over the magazine with the Boulet Brothers in the Boulet Brothers Heavy Metal Halloween Takeover. Outside of comics, he has been featured in Hello Mr. and National Geographic. In animation, he’s worked with Man of Action Studios on season four of Ben 10, and in translation, has produced localizations for Arancia Studio’s Best-Selling Unnatural, Mercy, Sweet Paprika, and Deep Beyond at Image Comics, and Un/Sacred with Ablaze Publishing. In 2021, he debuted at Marvel Comics with Curse of the Man-Thing, as well as Magneto and the Mutant Force, Extreme Carnage, Star Wars: Life Day, and the relaunched Marauders.