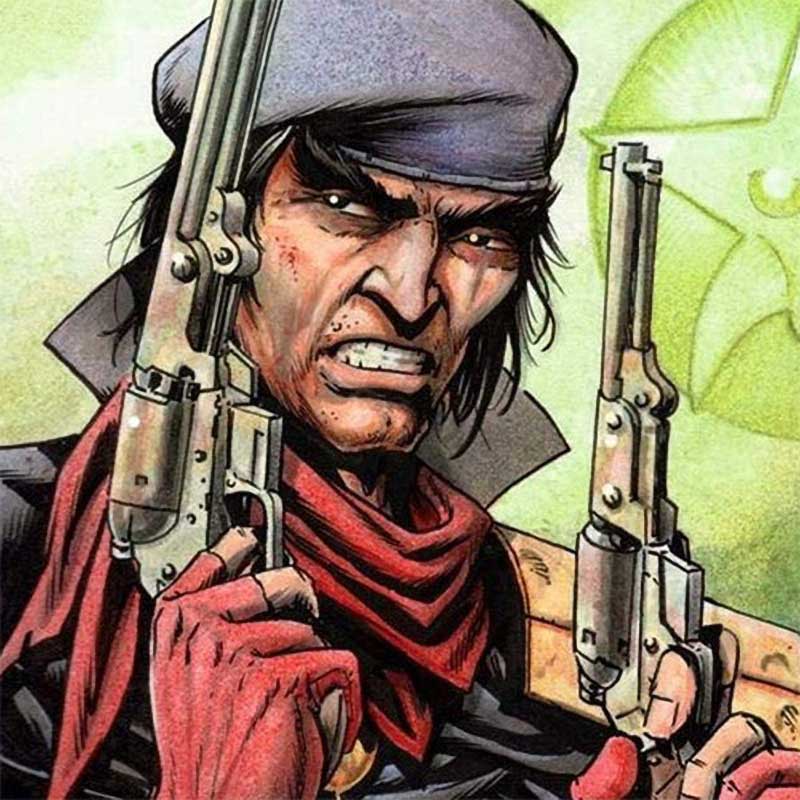 Timothy Truman is known as one of the most original storytellers and stylists in the American comic book industry. His work on Grimjack was on the leading edge of the “grim and gritty” comics of the ’80’s. Truman continued his tear through the indy scene with Scout and Scout: War Shaman. Timothy took his brand of detailed, character-driven adventure to DC for Hawkworld, for which he received the 1991 European Haxtur Award. His interest in frontier and Native American history led him to write, draw, and publish the graphic novel Wilderness: The True Story of Simon Girty. With writer Joe R. Lansdale, he revamped the DC Western anti-hero Jonah Hex, which won the Bram Stoker Award in 1996 and The Lone Ranger and Tonto for Topps. Other projects have included Star Wars, Time Beavers, The Spider, Turok: Dinosaur Hunter, The Prowler, Justice League: Gatekeeper, and Dark Horse Comics’ bestselling Conan and King Conan. Timothy teamed up with his son, writer Benjamin Truman, to produce the acclaimed horror-western graphic novel A Man Named Hawken and, most recently, Scout: Marauder, the long-awaited sequel to the original Scout series. As a commercial illustrator, Timothy has painted book covers for Bantam Books, Subterranean Press, and Learning A-Z, and worked on projects with such musical acts as The Grateful Dead, Santana, Hot Tuna, Jim Lauderdale, Robert Hunter, and Rory Gallagher.