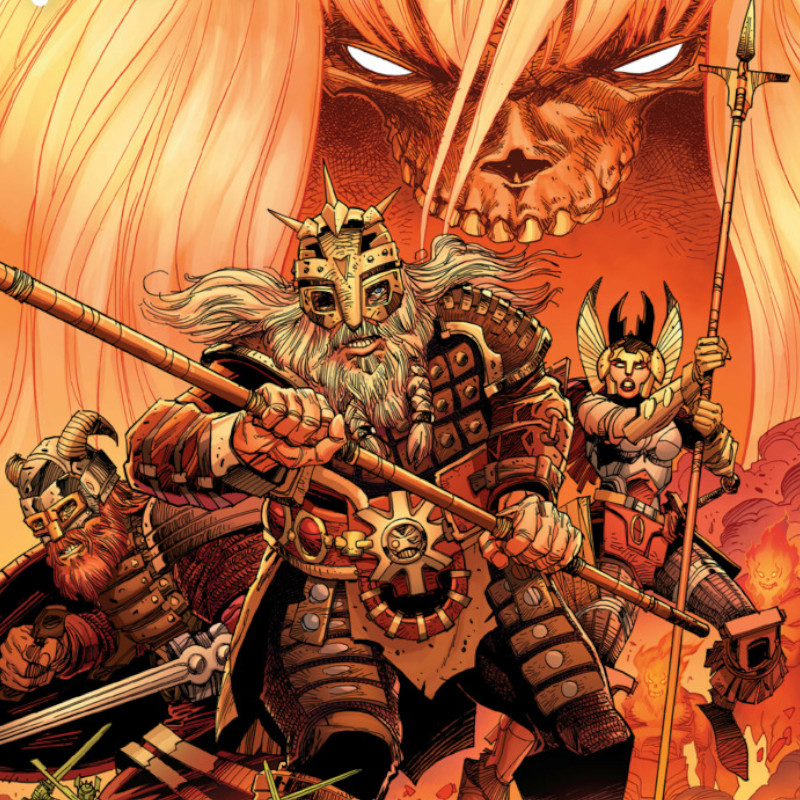 Walter Simonson has made vast contributions to comics publishing, as a writer, an artist, and even in founding publishing imprints. He was recognized in 2012 at the Harvey Awards in Special Award for Excellence in Production/Presentation and Best Domestic Reprint Project for Walt Simonson’s The Mighty Thor, Artist’s Edition from IDW, and in 2013 for Alien: The Illustrated Story from Titan Books for Best Graphic Album of Previously Published Work. He also received the Hero Initiative Lifetime Achievement Award in 2010 at the Harvey Awards. Walt’s career began in the 1970s at DC Comics, where he worked on titles such as Weird War Tales, Manhunter, Metal Men, Orion, Wonder Woman, Hawkgirl, Vigilante, and Hercules Unbound. Over at Marvel Comics, Simonson has had numerous noteworthy runs, including The Rampaging Hulk magazine, X-Factor, Fantastic Four, and Thor, on which he was responsible for the introduction of Beta Ray Bill and Thor as a frog.