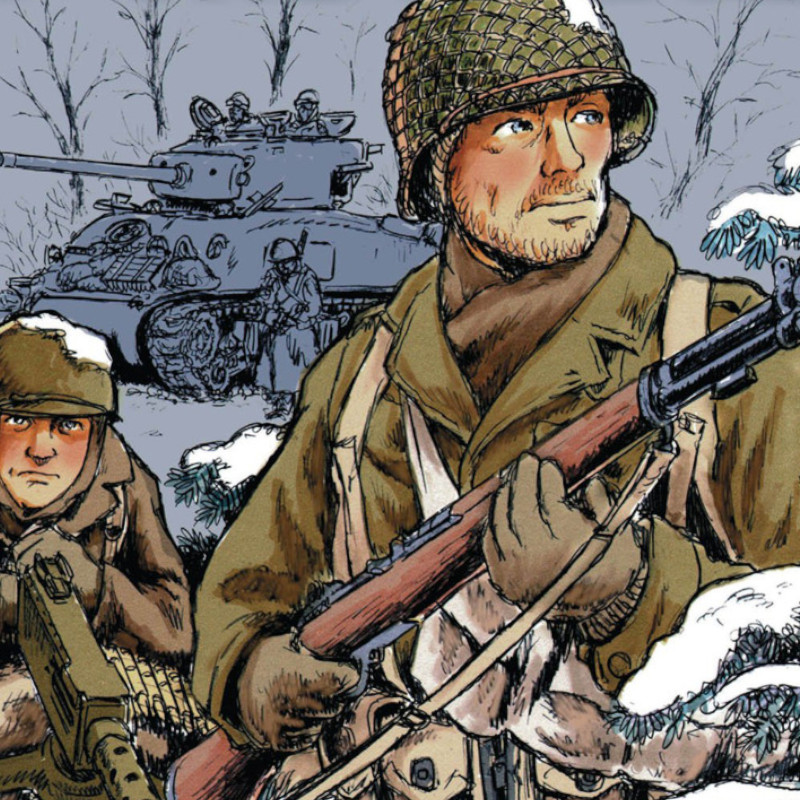 For more than 30 years, Wayne Vansant has been writing and illustrating comics and graphic novels on historic and military subjects. Most recently, he adapted Erich Maria Remarque’s All Quiet on the Western Front to graphic novel format and wrote and illustrated Katusha: Girl Soldier of the Great Patriotic War (both for Dead Reckoning). Vansant’s career began with Marvel’s Savage Tales and The ‘Nam. Since then, he has produced Days of Darkness, Battron: The Trojan Woman, Blockade, The War in Korea, Stephan Crane’s The Red Badge of Courage, Normandy, Grant vs. Lee, Bombing Nazi Germany, The Battle of the Bulge, The Red Baron, and others.